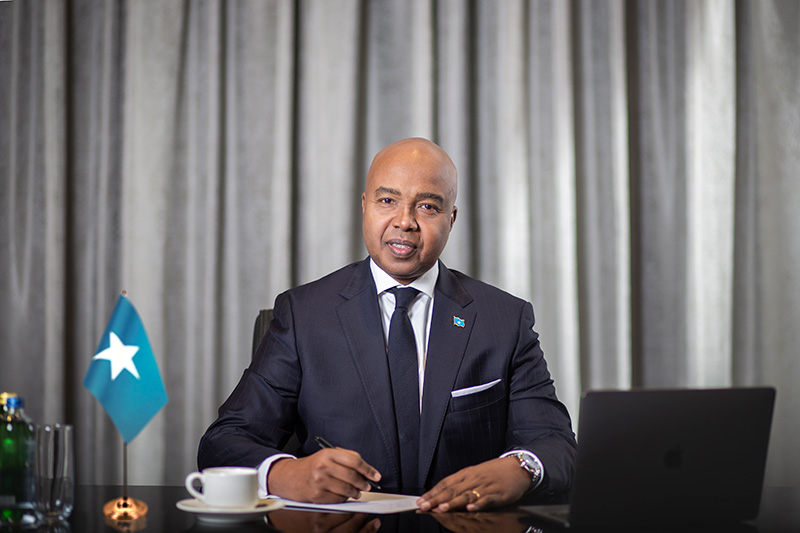 Why I’m Running For President

Simply because I believe in the Somali people! we are a nation blessed with abundance both in natural resources and the undeniable ingenuity and bravery of its people who have forged success from the depth of political turmoil.
I have worked to deepen democracy in Somalia throughout my professional life because it’s the foundation for a rule of law-based society that will unlock the full potential of the Somali peoples ingenuity and entrepreneurship.
To achieve this, there is a need for a paradigm shift in the relationship between government and people, to realise our nation’s true potential. A need for a new social contract between citizens and government that requires leaders who serve rather than being served.
This is the true test of leadership in overcoming corruption and inefficiency, a willingness to serve rather than expected to be served. With trust in ourselves and in one another, we can bring back Somali unity, and with Somali unity we can protect our people, secure our country, and achieve prosperity.
Therefore, I’m running for President.

H.E. Mohamed Abdirizak has been a tireless campaigner for unity and stability in Somalia for the past two decades both within and outside of government. As the former Minister of Foreign Affairs and International Cooperation of the Federal Republic of Somalia, H.E. Mohamed Abdirizak played a pivotal role in articulating Somalia’s foreign policy including agreements on the Somali Security Transition Plan, that would pave the way for Somalia to take full control for its security and ending the mandate of Operation Atlanta, to signal the end of piracy off the coast of Somalia and provide the space for Somalia to develop its own maritime capabilities in protecting Somalia’s blue economy.

The White Star Policy: A five point plan for change